5 Important Factors And Mistakes To Avoid While Writing A Will

A will is a legal document that helps in determining what should be entitled to family and friends after the decedent’s death. It is necessary to have a will because determining who gets what becomes difficult without one, causing stress and problems among family members. A will should be clear and precise that is easily understandable. Will is not only for the wealthy; it is for everyone. People make a huge mistake by failing to make a will. To avoid any difficulties while signing up for wills and trust, one can always seek professional advice.

A will safeguard the family in the event of an emergency. Dhirubhai Ambani did not make a will after the death of the former; the family went into dispute regarding the distribution of the asset. So, it is necessary to make a will to avoid clashes among family members.

Now, let’s go over some of the most important things to consider when making a will and some mistakes to avoid.

Factors to keep in mind while making a will

It is critical to keep track of all assets, whether real estate, cash in a bank, or jewelry in a bank locker. Provide complete information about mutual fund investments, insurance policies, and fixed deposits. Make separate lists of all the locations where the assets are stored and include a list of clothing and jewelry that should be included in the will.

Try to mention the exact distribution of the assets in percentages. Such as 50 % has to be given to each, rather than the amount, such as 10 lakh each. The asset’s value never remains static; it may increase or decrease over time. Hence, it is appropriate to express it in percentage form.

One never wants their will to be misinterpreted, so appointing an executor that takes care of everything mentioned is always a good idea. If the beneficiaries are elderly or minors, then it becomes critical to appoint an executor. An executor can be anyone you trust, such as a relative or a friend. However, appointing a professional as an executor is preferred because they can provide better legal advice.

5. Get the will signed in front of witnesses

Remember to sign your will in the presence of two witnesses who are not beneficiaries. When making a will, witnesses are of utmost importance. After completing, have it signed by the witnesses and get their addresses written on it. It is best to have the will signed by a professional because the chances of authenticity checking are slim when witnessed by professionals.

Mistakes to avoid while making a will

People frequently forget to update their wills after they create them. Any life change, such as death, marriage, or divorce, can necessitate updating one’s will. It can be drafted as many times as necessary, depending on the course of one’s life. The updated one has to be registered. To update the will, write the new will and attach a declaration that this is the final will and that the previous one is null and void. Assets may change, such as the sale of shares or the addition of property, so it is critical to update the will, and each change has to be signed by a witness and the person making the will.

2. Naming a minor as a beneficiary

Because a small child can’t run a business, a guardian can act as a caretaker of the assets until the minor becomes an adult. Naming a guardian also eliminates the need for court intervention because the guardian can assist the one in selling property or dealing with other issues.

3. Incorrect drafting of the will

A poorly drafted will can aggravate problems rather than solving them. It is just as important to write the will as it is to format it correctly. Mention the names of all beneficiaries and their relationships, the names of witnesses, and the locations of the assets. Make it necessary that all personal information, such as name, location, and date, is entered correctly.

4. Not planning for terminal health

Always include a provision in your will for your health. One can write a living will in which it can be specified which treatments they want or wish to discontinue, as well as appoint someone to make health-care decisions on their behalf.

5. Be specific and not vague

Do not complicate the will by failing to specify the things that have to be entitled, and do not write a vague Will. Have a sufficient number of witnesses sign the will. Personal property division is just as important as asset division. Personal property such as clothes, jewelry, and furniture has to be distributed equally. Do not forget to document all of these things.

A will should be clear and precise, with all of the necessary details included to accurately describe your wishes and what you specifically require. if any of the above-specified points are missing, the distribution of the assets becomes difficult. To summarize, write all property details (movable or immovable), mention the names of beneficiaries correctly, avoid using nicknames, and keep the will up to date. So, to make a correct will follow these steps to avoid confusion. It will also save you money and time. It also aids in the streamlining of court procedures.

You’ve finally graduated from college. You and your friends have been working… 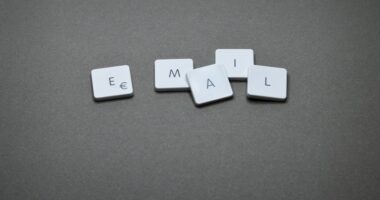